Why Buy from us?

1 Year Warranty
Warranty claims have never been easier. Just email us at [email protected] or call us at: 9801100037

Quick Delivery & Free Shipping
Enjoy express delivery and free shipping when you spend Rs. 5000 and above on delivery all over Nepal.

100% Genuine
Brand new, Sealed packed from authorized dealer. Learn to find out how if your product is authorized or not here.

Availability:In stock
Skip to the end of the images gallery 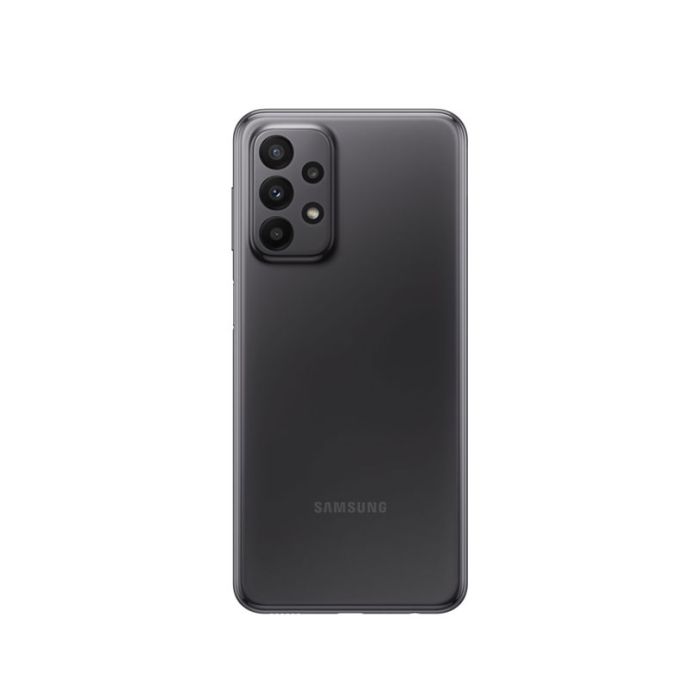 Skip to the beginning of the images gallery
Overview
Specifications
Reviews

Samsung as we all know produces the finest looking phone. Released in the month of March 2022, Samsung’s Galaxy A23 is one of the most beautiful-looking phones released in recent time.

Samsung Galaxy A23 comes with a PLS LCD screen of 6.6 inches in size. Although the LCD screen might not seem impressive but it does a decent job and since it has got a 90Hz refresh rate so, one should feel okay while using the phone. This phone is one of the best budget phones in Nepal under 30000.

Samsung Galaxy A23 as mentioned earlier is one of the most beautiful-looking phones especially the blue color of the Galaxy A23 looks really good. This phone is also available in other three colors: white, black, and peach.

Galaxy A23 is equipped with a 6nm Snapdragon 680 chipset with Adreno 610 graphics (GPU). Along with that, it packs a huge 5000mAh battery with 25W Type-C fast charging. So, it must be good for gaming as well.

Talking about the display of the Galaxy A23 it may not impress most of us as it comes with a PLS LCD screen while Samsung could have done a better job for a phone at this price range. But still, the display isn’t bad as well.

For the people who were disappointed with the display, you might be impressed with the camera segment of this phone. Samsung Galaxy A23 is capable of recording 4K video at 30fps and comes with a quad-camera setup on the backside. The primary lens is a 50MP lens capable of wide photo shoots while the secondary lenses are capable of ultra-wide, macro, and depth photo shoots with 5MP, 2MP, and 2MP respectively. Also, this phone clicks one of the best ultra-wide photos and surely the best ultra-wide photos for phones at this price segment. The front camera consists of an 8MP single wide lens capable of recording 1080p videos at 30fps.

Samsung Galaxy A23 also has a side-mounted fingerprint sensor along with a gyro, accelerometer, and compass. The WiFi for this phone is 802.11 a/b/g/n/ac WiFi.

Samsung Galaxy A23 price in Nepal

View full Specifications
Write Your Own Review
Only registered users can write reviews. Please Sign in or create an account

The information below is required for social login